It has been an outstanding Winter season for the Mackintosh tennis teams. All four teams playing in the Cymru Kitchens South Wales Doubles Winter Leagues won their respective divisions gaining promotion for the next Winter season.

Some of the highlights of the Winter season include:

The table below shows the finishing positions in the leagues. 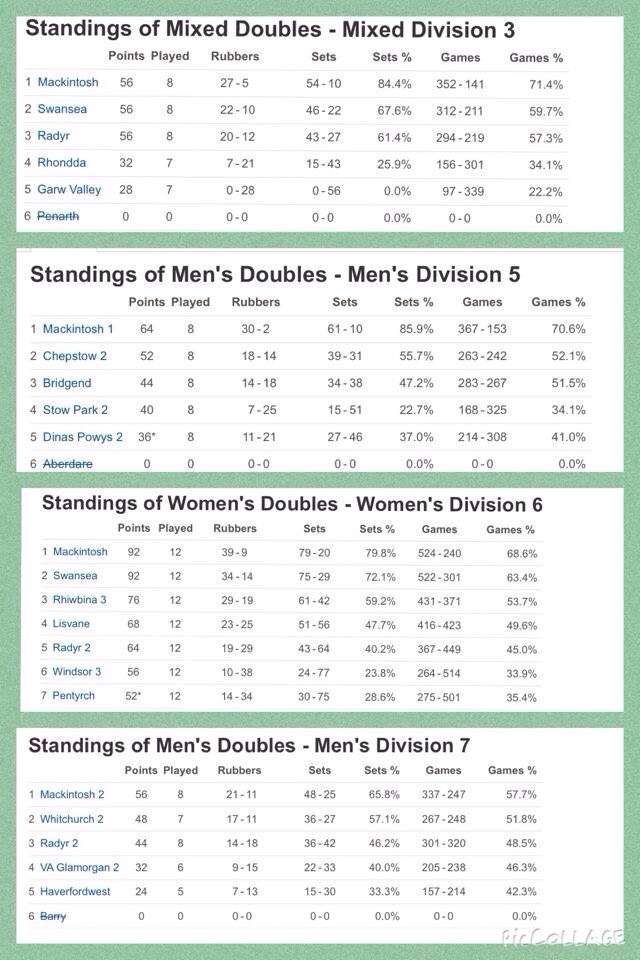 All players are now excited for the start of the Summer season with 3 Men’s teams and 1 Ladies team playing in the Courtstall South Wales Summer Doubles League. The Summer season starts in May, with players keen to follow on from the success of the Winter league campaigns. Team players have been busy practicing ahead of the Summer season with Men’s team practice taking place on Thursday at 6:30pm and Ladies team practice taking place at 6pm on Wednesdays – new players are always welcome to come along and join our teams.