We are extremely proud to announce that in the recent Tennis Wales Awards evening, we have been named Tennis Wales Club of the Year for 2017!!

We would like to thank all of our members and everyone involved with the club for your fantastic support, which has helped us achieve this award. 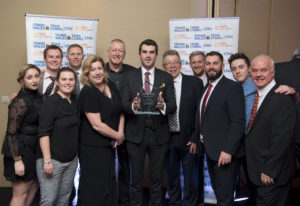 2017 was an extremely successful year for the club. Some of our biggest achievements from the last 12 months are shown below:

If you are interested to get involved with the club further details on becoming a member can be found by clicking here.